The High and Mighty

Our headline act from 2019 return once again to the CHOKO Stage. See BIO below. 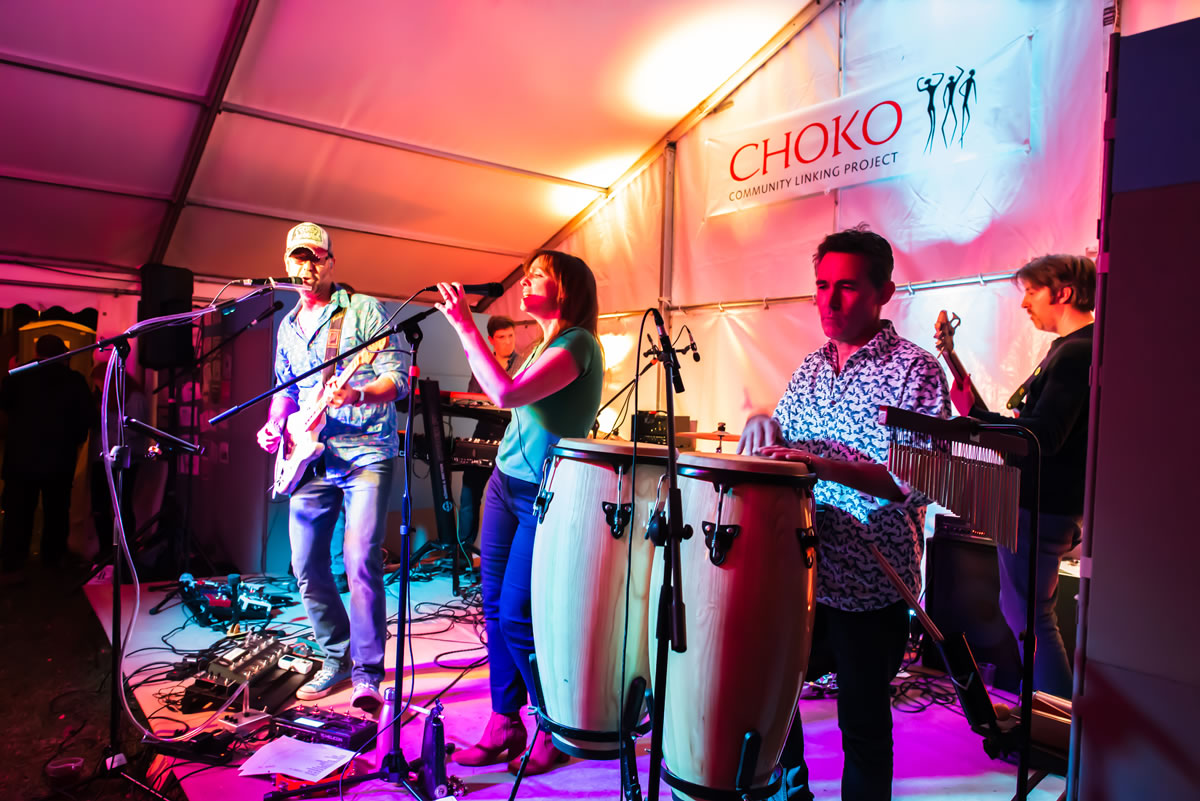 Dan has been DJ'ing for over 30 years and is well known in the area for his set building and diverse music tastes. This is the first time the festival has had a DJ along to perform and we think this will be a winner with any families attending the festival.

Come into the fantastical world of local legend and Cholsey resident, Ocean Stegosaurus Tardigrade, who invents, makes and plays his own instruments.

He is for those who like to be provoked, charmed, educated, amused and generally entertained by their music. He will also improvise a song on the spot.

When we first saw Drew at the CHOKO Beer Festival in 2011, they were playing a 5 string upright bass whilst accompanying local poet Ugly Dog. Since then they have appeared twice with The invisible Few, once solo, and most recently backing jazz singer Fleur Stevenson.

The High and Mighty

The High and Mighty are a seasoned covers band, a collection of professional and semi-professional musicians who have been playing together in part for over 20 years! They have shared stages with the likes of Reef, Ocean Colour Scene and Fun Lovin’ Criminals, played to audiences of 1,000s, and band leader Lance has even played around a campfire to members of the Royal Family.

Anyone who attended the Choko Beer Festival in 2019 will remember how The High and Mighty headlined for us that year and brought the house down with their closing set and so we are delighted to once again have them close out the show for us.

We will be revealing the list of beers, ciders and lagers soon.

Please buy your tickets in advance if you can, it will help us to make sure we don't run out of beer too early!

Due to high demand, and because we want the event to be the best it can be, there will be limited tickets available on the day.

Tickets are available from R G Parks the Butchers, located in the Forty, Cholsey or buy online now by clicking the link below.